All Rome Sites with Car and Private Driver | Private Tour

Take in Rome sites with the Rome Overview Tour, a tour by car, and private driver! In just three hours, you will see the highlights of Rome, covering The Coliseum, St. Peter’s Square, The Pantheon, among many other highlights. There are few better ways of taking in the sights and sounds of Rome than with this whistle-stop excursion.

Coliseum and Roman Forum (from outside)

Start your tour at the colossal amphitheater, where fights between gladiators and beasts took place for the pleasure of bloodthirsty Roman Emperors.

Upwards of 50,000 spectators would gather beneath the cool awnings to witness the cruel battles unfold. Many kinds of events took place in this grand arena!

Now pass by the Rome Forum – the ancient marketplace where day-to-day life continued unabated for centuries with many a triumphal procession, public speech, gladiatorial march, and political campaign run in its surrounds. The rich archaeological history of the Colosseum now attracts upwards of 4.5 million sightseers a year.

According to ancient legend, Romulus founded Rome on the Palatine hill in 753 B.C. Following his actions, the Emperors built their opulent homes for the rest of the civilization to enjoy.

The Circo Massimo was the famed stage of the chariot race and the largest stadium of Ancient Rome, holding upwards of a quarter of Rome’s entire population. It is one of the sites to see in Rome!

The Mouth of Truth sits under the porch of Santa Maria in Cosmedin and, according to legend, should one tell a lie while their hand is in its mouth, the face will take a bite. Watch out!

This graceful residential area is an oasis of gardens and churches, with a beautiful view over the Tevere and a curious little keyhole that offers the strange experience of looking at a miniature version of St. Peter’s Dome.

Always include Piazza del Popolo among Rome attractions: an elegant space in the northern quarters of the ancient city with a striking Egyptian Obelisk at its center. There are few locations more emblematic of this magnificent city. Once a place of public execution, the last took place in 1826.

The square was designed to a neoclassical style by Giuseppe Valadier and is enshrined within the massive Aurelian walls, with the Northern Gate sitting opposite the impressive Twin Churches.

Piazza Navona is one of the largest squares in the city and one of the must-see places in Rome. The space is incredibly popular among tourists for one primary reason: Bernini’s “Fountain of the Four Rivers.” Built to represent The Nile, The Ganges, The Danube, and Rio de la Plata. The structure now sits amidst the artists who arrive to peddle their wares daily.

Next, proceed to the Spanish Steps, one of the top sights in Rome. As you stand and admire the Church of Trinità dei Monti, which sits at the top of a famous stairwell with the Fontana Della Barcaccia at its foot, you will wonder how they were ever able to complete it.
<32 style=”padding: 40px 0 0 0; font-size: 28px;”>Trevi Fountain

Hidden down the narrow backstreets of the city, Trevi Fountain is a secretive masterpiece, and perhaps the most spectacular among Rome fountains. Trevi Fountain built at the end of one of the famed aqueducts that supplied the Roman empire with water, this iconic setting attracts many visitors if only for them to toss a coin into its waters to ensure their safe return to Rome at some stage in the future. Unmissable! Include this site on your list when you plan to visit Rome!

Next on the list is the marvelous Castel Sant’Angelo’Angelo, the first century Emperor Hadrian’s mausoleum. It now serves as a museum. Then, move onwards to the enchanting St. Peter’s Square. Set within Vatican City in front of the famed St. Peter’s Basilica, the photos of this towering monument are a must-do in Rome.

At the heart of the piazza lies an ancient Egyptian Obelisk, dating 1586. The square didn’t take its ultimate form until almost 100 years later, thanks to the inspired design of Gian Lorenzo Bernini. It was he who introduced the Tuscan colonnades that now frame the surrounds.

Finally, ascend the Gianicolo, the second-highest hill in all of Rome with your Rome Chauffeur. Admire the splendor of a sparkling skyline from this lofty outpost! There are few better vantage points from which to relish the domed buildings and beautiful bell-towers of this enchanting urban spectacle.

Sights at Janiculum Hill include the little church of San Pietro – rumored to be the location of St Peter’s crucifixion – as well as a small shrine known as Tempietto; otherwise understood to be the site of Peter’s death.

With an extra hour, visitors get to see the Ghetto, the oldest part of the city, that was a settlement since the 1st century B.C. Now with around 15,000 Jews, there is a cultural vibrancy to the district. Campo de” Fiori is one of the livelier squares of the medieval city, with its fruit and flower markets creating a colorful display among a picturesque space that gets particularly lively at night.

Add one hour on request: The Appian Way

Explore the Appian Way, a majestic cobblestone district built for the Roman troops to reach the south of Italy. Surrounded by incredible natural scenery and ancient remains, there are some hidden Christian Catacombs in the area that will intrigue the mind (not enough time to enter a catacomb; please add two hours to visit a catacomb).

Piazza Della Repubblica is a unique space with some interestingly shaped buildings. The huge Fountain of the Naiads sits in front of the Baths of Diocletian and the Church of Santa Maria Degli Angeli.

Villa Borghese: A 17th Century residence to the Cardinal Scipione Borghese, today, this park is one of Rome’s most significant and best.

Pick up time is when your tour starts ( 9:00 am or 3:00 pm ) and is customizable! To optimize your precious time, we pick you up from all hotels, apartments, and B&B in Rome (a radius of 7 kilometers from the Pantheon). With a supplement, we will pick you up from other locations or the dock of your ship and bring you back to the port on time for your departure.

Days of Operation: Every day 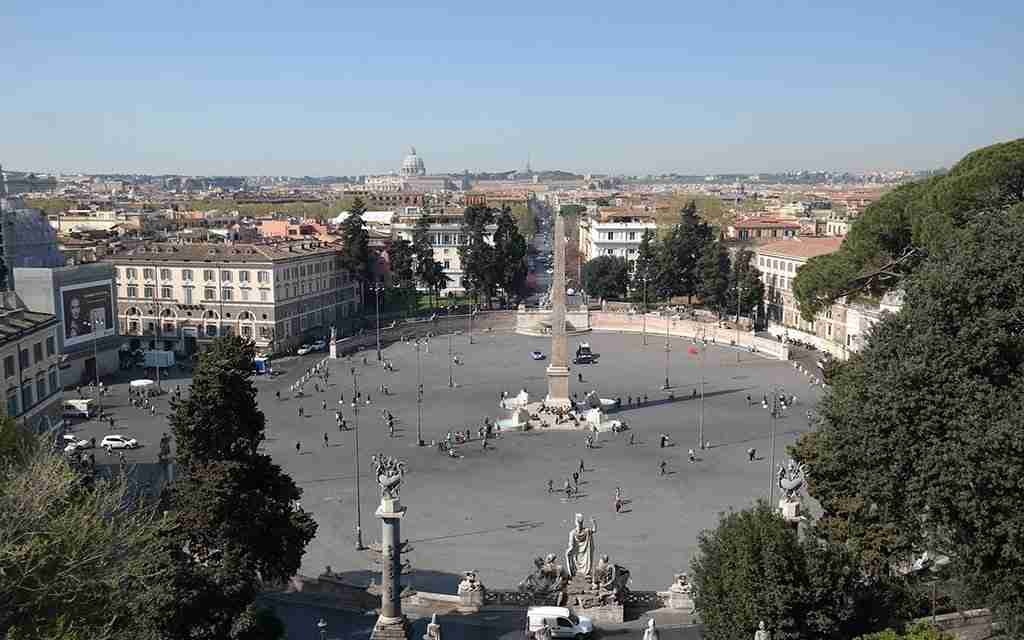 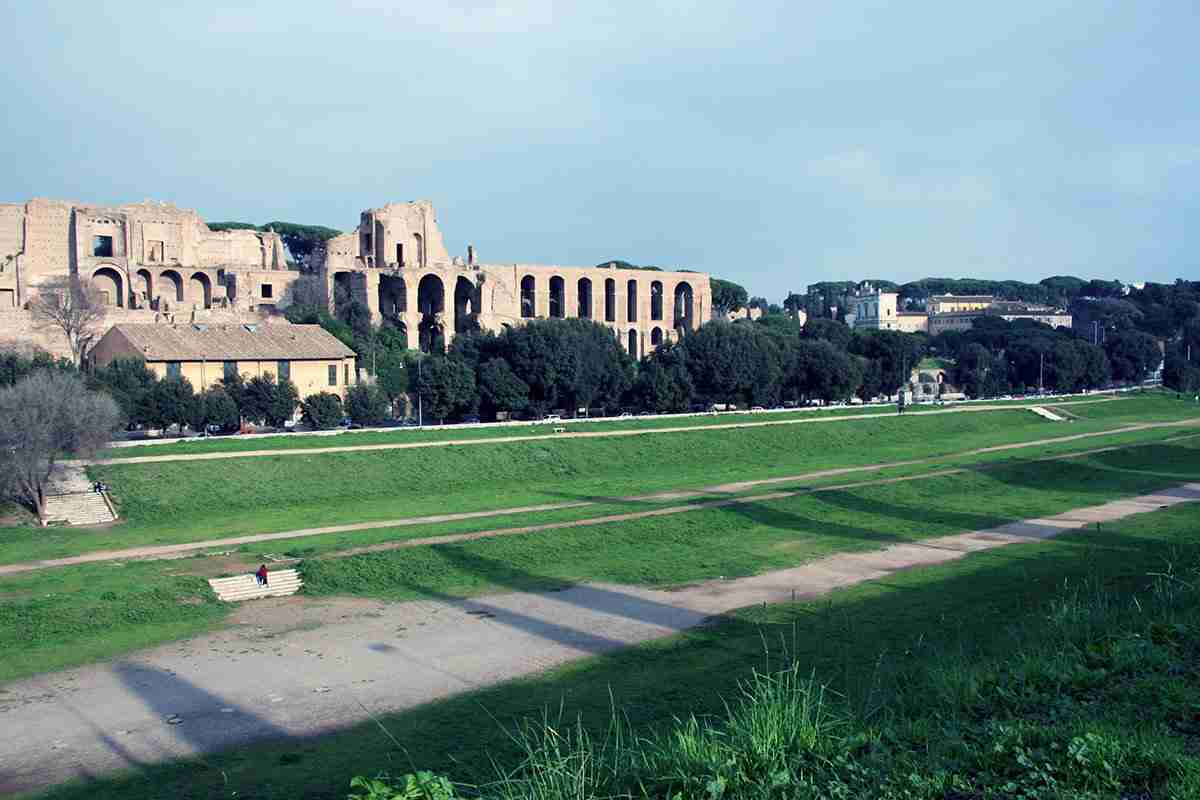 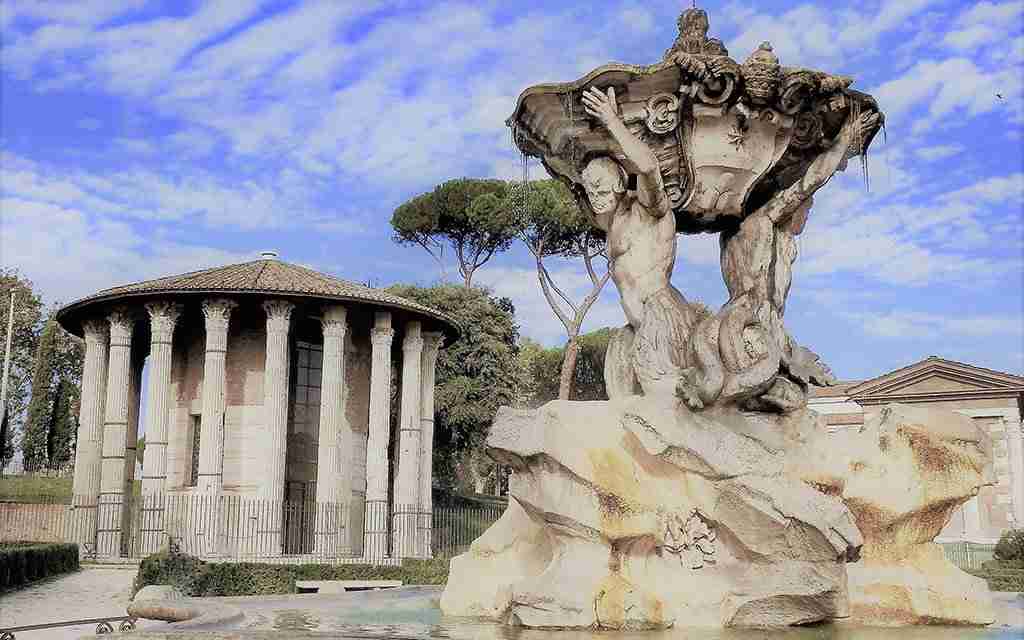 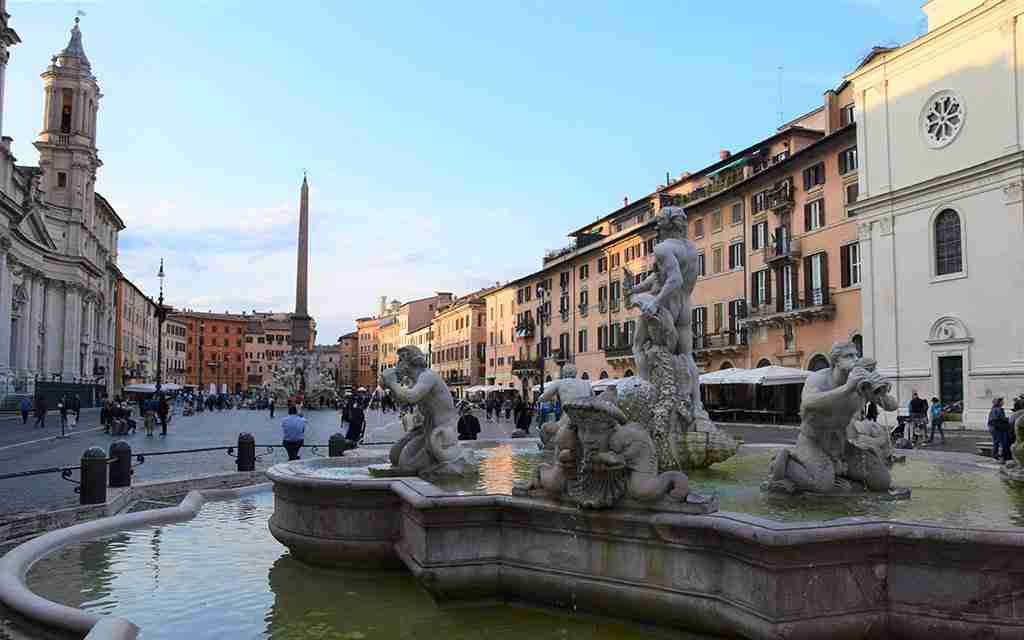 Visiting Rome with a car is not an easy task if you are the driver. Only expert local drivers know how to avoid the traffic, and reach all sites listed in this tour in 3 hours! A knowledgeable private guide will accompany you to explore all of them and describe the beauties of the city while you enjoy them and take all your pictures. Private car with driver and guide: 2 great advantages!

See also the other organized visits in the city