Rome by Night with Chauffeur Dinner Included is the most intimate Italian experience.

Discover the Eternal City during the most romantic of hours – once the sun has drifted beyond the horizon and the splendor of the world’s most magnificent monuments reveals itself beneath glinting lights.

Your chauffeur-driven carriage awaits as an experienced guide will weave your way from Janiculum Hill to the Coliseum and beyond, sharing many of these timeless metropolis insights. Finally, depart from your hotel and experience a journey through history finished off with a delectable dinner– all included in the price.

Ascend the second highest hill in all of Rome and admire the splendor of a sparkling skyline from this lofty outpost. There are few better vantage points from which to relish the city’s domed buildings and beautiful bell towers that in a Rome night tour offer an enchanting urban spectacle.

Sights at Janiculum Hill include the church of San Pietro in Montorio, rumored to be the location of St Peter’s crucifixion.

Descend from the heights of Janiculum Hill and pass beyond the Tiber, only to be confronted by the marvelous Castel Sant’Angelo. Then, move onwards to the enchanting St. Peter’s Square: set within Vatican City in front of the famed St. Peter’s Basilica. A Rome night tour offers the chance to capture the most iconic photos of this towering monument. At the heart of the piazza lies an ancient Egyptian Obelisk, dated 1586. The square didn’t take its ultimate form until almost 100 years later, thanks to the inspired design of Gian Lorenzo Bernini. It was he who introduced the colonnades that now frame the surroundings.

Together with St. Peter’s Square, there are few more recognizable edifices than that of the Coliseum. The structure of the largest amphitheater ever built marks the center of the city and neighbors the impressive Roman Forum. The amphitheater, which dates back to AD 72, held crowds of up to 80,000 locals baying for blood during gladiatorial spectacles, as the man fought the beast to the delight of thousands. The Coliseum is the purest form of empirical power on display throughout the country and always at the top of Italian tourist attractions.

Traverse the inspiring Imperial Forum towards the illuminated Piazza Venezia. We included it in our Rome night tour because its imposing marble monument to Vittoria Emanuele II becomes ever more dramatic as day folds into the night.

Once home to the embassy of the Republic of Venice, the piazza is the central hub of the city where several roads intersect.

Bring the night to a close in the charming Campidoglio Square; you enjoy the best panoramas of the Roman Forum from this spectacular spot. Dedicated to the god Saturn, Mons Saturnius evolved into Capitoline Hill, or Campidoglio, in Italian.

Beyond lies the Roman Forum: the ancient marketplace where day-to-day life continued unabated for centuries with many a triumphal procession, public speech, gladiatorial march, and political campaign run in its surroundings.

The rich archaeological history of the site now attracts upwards of 4.5 million sightseers a year.

As if you haven’t had your fill of Italy delights, the tour ends in a typical local restaurant where guests can indulge in the finest of Italy experience. Enjoy a starter, main course, and dessert to round off the perfect evening.

Pick-up time is 15 minutes to half an hour before the tour starts, according to your location. To optimize your precious time, we pick you up from all hotels, apartments, and B&B located within a radius of 7 kilometers from the Pantheon. With a supplement, we will pick you up from other locations. We remind you that drop-off after the tour is not included but can be organized on request.

Days of Operation: Every day 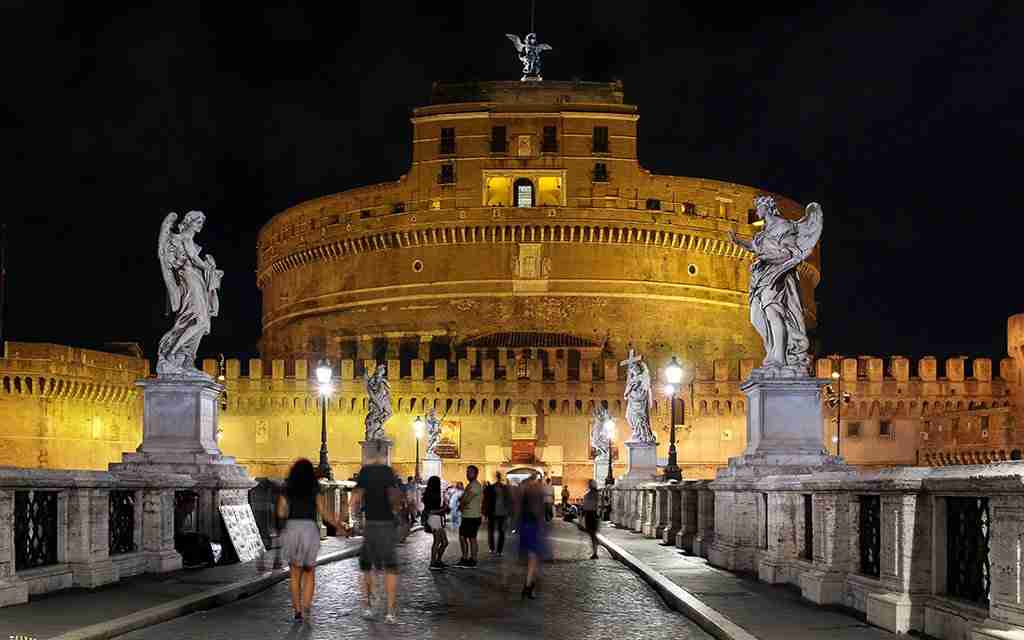 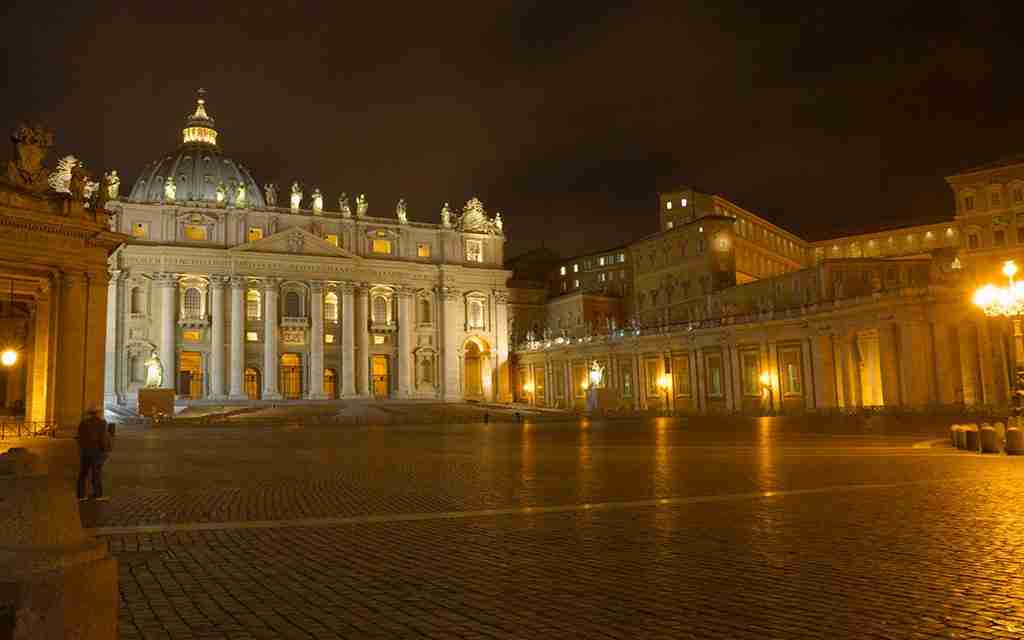 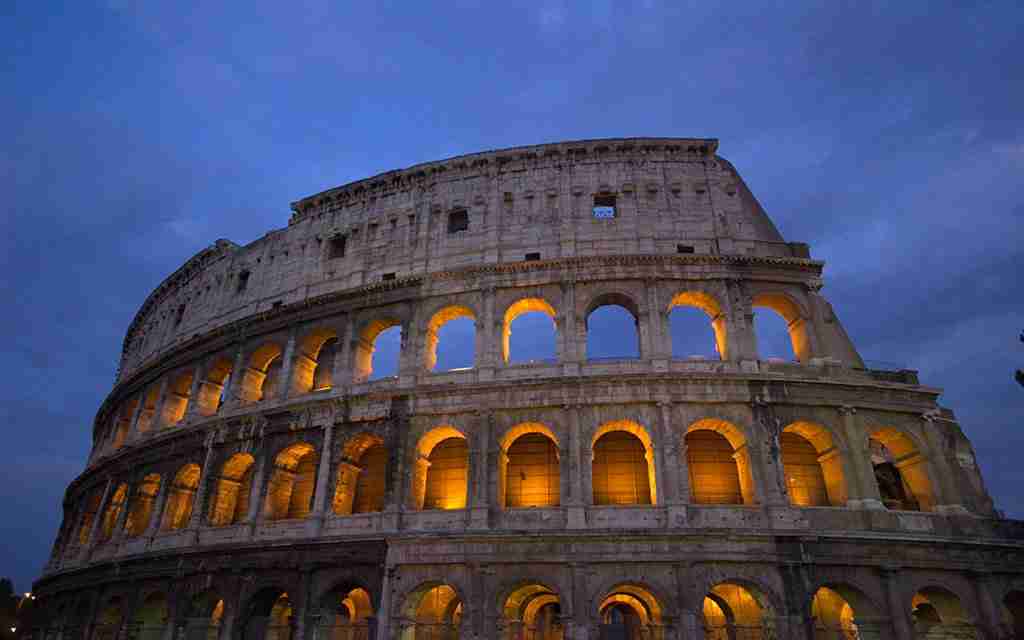 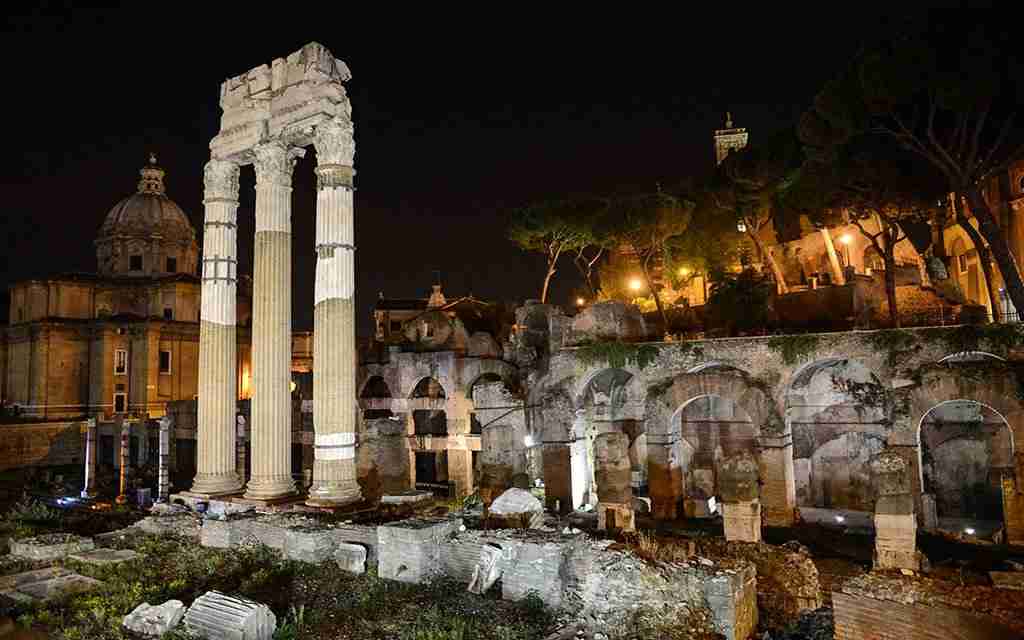 Things to do in Rome at night. The city center is must-see at night, where all restaurants and bars wait for Romans and Tourists. But all the Eternal city landmarks lit up, and their lights reflections on the River Tiber enjoy are one of the most memorable experiences of a Vacation in Rome. The Colosseum and the Roman Forum at night are even more spectacular, and from the Janiculum, you will have the city twinkling below your feet. You can enjoy all this in 3 hours thanks o a private driver and a knowledgeable guide. With the splendor in your eyes, you will be ready for dinner in a selected restaurant.