This day trip to Tivoli Gardens is for those who wish to relax while exploring history at the same time. It is one of the best day trips from Rome to the countryside. Romans love Tivoli!

This medieval town on the edge of the Tiburtini Hills is famed for its panoramic views, with its baths enjoying a high volume of usage since the times of the Roman Empire.

Emperor Hadrian’s Villa is evidence of his extravagance, while Villa D’Este is an oasis of retreat, built exclusively for the exile of Cardinal d’Este. Both Villas are UNESCO World Heritage Sites, which indicates the beauty of the space.

Tivoli is one of the most visited towns outside of Rome; let’s understand why. Hadrian’s Villa project
Hadrian’s Villa was the Versailles-like palace from which the Emperor governed his Empire; not too far from Rome, its grounds cover more than 300 acres of parkland and are filled with duplicates of his favorite buildings from throughout the Empire. These spectacular replicas are clear evidence of the extravagance of Emperor Hadrian himself.

A few examples include the Teatro Marittimo, which is a circular residence on an artificial isle; the Egyptian Canopus, with its statue-lined canal; and the high wall of Athens Pecile, which sits directly opposite the pool.

A splendid Renaissance Palace with valuable frescoes on the walls and ceilings. What will impress you most, however, are the grand Italian-style gardens. They stretch over two terraced slopes with centenary trees and more than 500 fountains: a true oasis built for Cardinal d’Este’s exile.

Listen to Bernini’s Fountain of the Organ “playing” music using only water pressure, and admire the incredible ‘Avenue of the Hundred Fountains.’ The multitude of waterfalls, artistic fountains, ponds, grottoes (caves), and spectacular waterways all use gravity and hydraulics as their sole sources of power.

Pick up time is at 8:15 am from all hotels, apartments, and B&B located within a radius of 7 kilometers from the Pantheon. With a supplement, we will pick you up from other locations or the dock of your ship and bring you back to the port on time for your departure. the pick up time is customizable according to your needs and to the site’s opening time.

Days of Operation: Every day except Monday 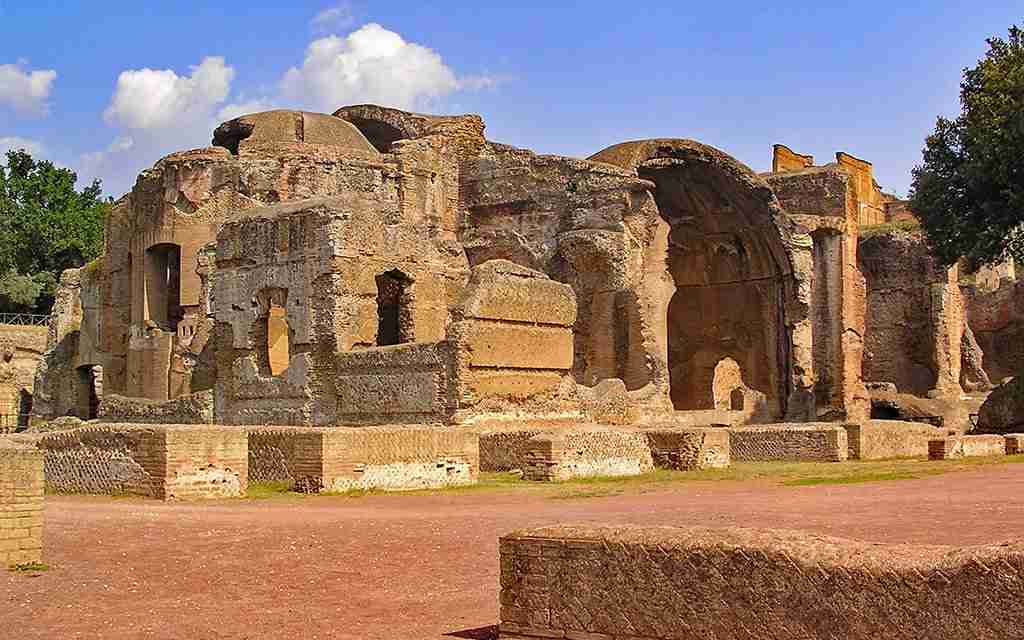 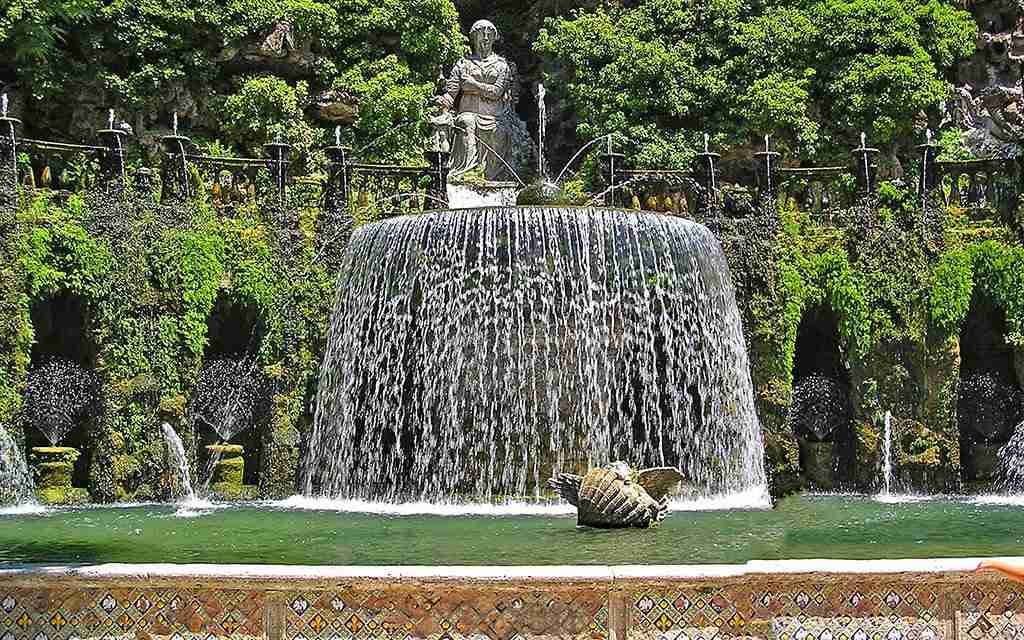 Is Tivoli worth visiting? If you like gardens, fountains, ancient Rome history, and remains and to have a relaxing rest from the hustle and bustle of the city, yes! The trip is pleasant and short. Tivoli’s Villas are only 30 kilometers from Rome and are one of Romans’ favorite places to spend a day with the family.